Orders placed before then will be processed on 10th October.  Apologies for any inconvenience caused. 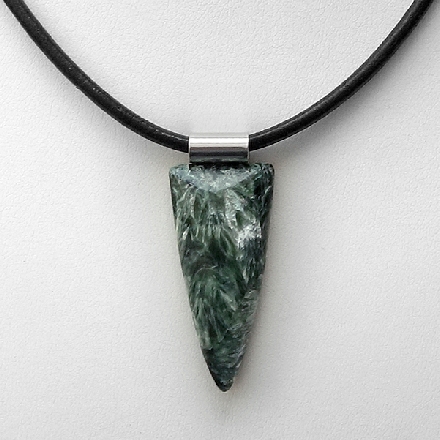 A simple unisex seraphinite pendant hung from a chunky silver bail on a black leather cord.

Seraphinite is found in the Lake Baikal region of Siberia, Russia which is considered the oldest lake in the world. Its name is derived from ‘Seraphim’, the Hebrew word that refers to the highest order of angels, considered the guardians of God's throne. This could be due to the silvery feather-like chatoyant fibres that can be seen as a result of mica inclusions that shimmer as the stone is turned in the light. 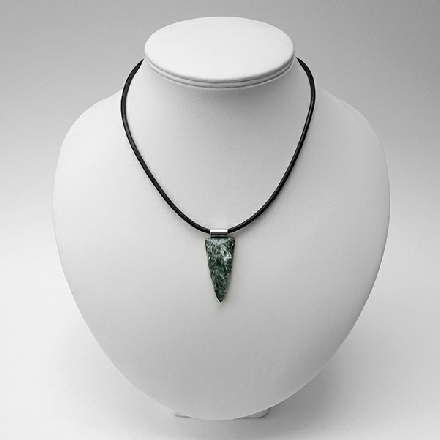